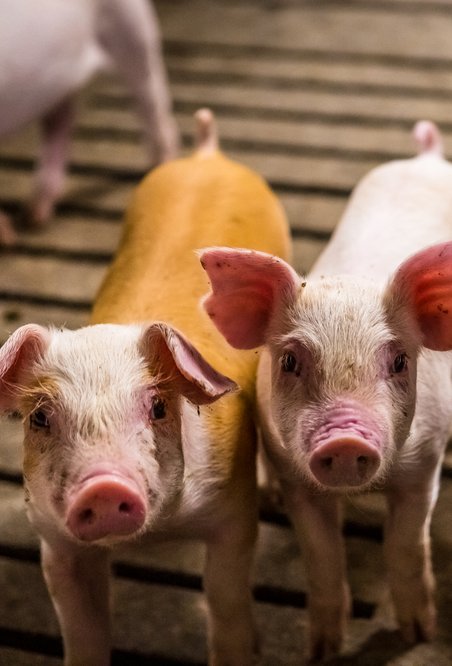 Asdal Hovedgaard is a versatile company, who in addition to producing pigs from birth to slaughter, also cultivates 750HA as well as wind turbines (grønvind.dk) and biogas production (grøngas.dk)

Asdal Hovedgaard can be traced back to the 14th century, where the then houses were located on the ramparts behind the current courtyard. Today no buildings are standing from that time, but the castle square and the associated ramparts and moat are still visible in the beautiful landscape. The ramparts are grazed by sheep, and there is public access to the ramparts.

The current main building was built in 1881 and is continuously renovated.

History of the farm

Asdal Hovedgaard has always had many different owners. In 1989, Jens Peter Lunden bought the farm and has been running and developed the farm since.

Here is an old photo of the farm 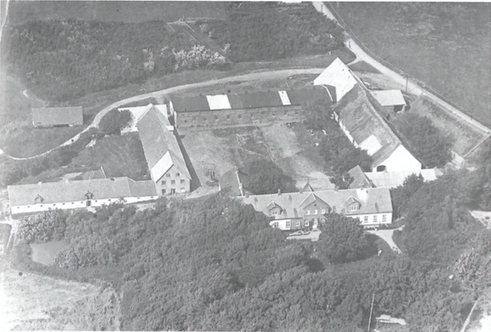 The legend of Carl Pølse

Carl Pølse is part of the history of Asdal, although he is a pure fictional figure. One of the legends tells about how Carl Pølse lured ships to shore by lighting bonfires on the beach. Onboard the ships it was thought that they were in Skagen and steered straight towards the beach and sank. After Carl Pølse could plunder the ships. However, the robberies came to an end when he was put in a "nail barrel", a barrel whose inside was nailed, after which the barrel was rolled down a sloped. Where the barrel stopped, was where he was buried.

In another legend, it is rumored that the ghost of Carl Pølse is trying to reach Asdal Hovedgaard, his home. At the coincidence of a full moon and high tide, one can see a light moving across the hills. The light is Carl Pølse with a lantern in his hand. The 'lamp man' walks from his grave down to the beach and then walks with long, tired steps towards Asdal Hovedgaard. But he never quite gets there and disappears. This is entirely by folklore, which states that only at midnight can a dead man rise from the grave, and he must return 'home' before the last rooster crow, otherwise he must go into the ground on the spot and be homeless forever.

The legend of 'the ham'

In a glass box above the front door at Asdal Hovedhaard are the remains of a very old ham bone from a pig. The ham bone is believed to be over 400 years old and is due to its durability and strength gave supernatural powers, which are transferred to the house in which it is stored. If the ham is removed, strange things will happen to the farm.

A few hundred years ago, pigs were used graze in the beech and oak forests. Asdal Hovedgaard and "Oddens" (Mygdal) lands collided at the time. During a hunt, a pi was shot and a disagreement arose between Asdal Hovedgaard and the owner of Odden about who the pig belonged to. The disputes led to a lawsuit and the outcome of the verdict was that Asdal Hovedgaard and Odden had to split the pig lengthwise. the pork sides had to be hung up on the farm and the one who could store the h the longest was the rightful owner of the pig. The ham is still found at Asdal but at Odden, it is gone. 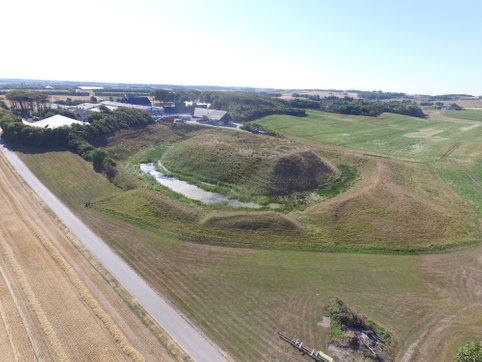